from a loving family in Edinburgh, I had an active social life, played in post-punk bands - getting a far as a Radio 1 session. but I also ended up in a locked psychiatric ward. brainbomb is about growing up bipolar. 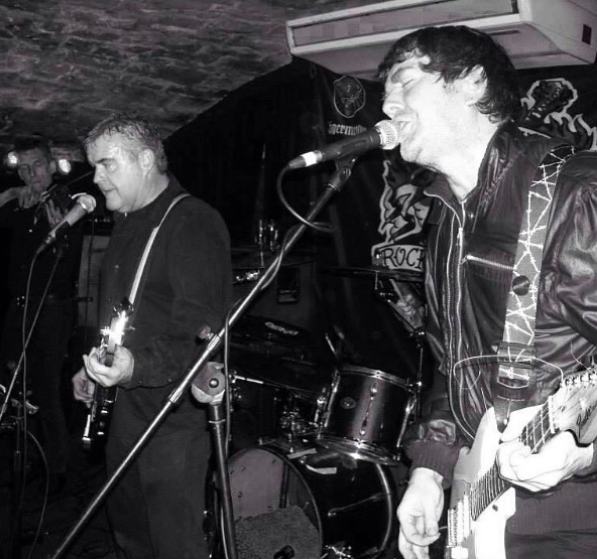 BrainBomb pinballs backwards and forwards, with a lot of flashbacks. And it’s not just focused on mental illness. It's a rich banquet rather than a single dish, serving up Edinburgh’s post-punk scene, Madchester, sectarianism in Scottish football, the routine of a Scottish Government drone, Wallace Mercer’s abortive takeover attempt of Hibernian FC, and much more.

BrainBomb is a biography centred on my experiences of mental illness. After succumbing to manic depression in 1987 I was eventually sectioned under the Mental Health (Scotland) Act 1984, diagnosed with bipolar disorder. I spent time in a closed ward at the Royal Edinburgh Hospital. In 1990 I fell ill again, suffering from mania, my moods characterised by constant elation. If bipolar is a rollercoaster I'd been to the bottom, was now soaring higher. I was loving the ride but my family could see how ill I was becoming. I was sectioned again.

As I was recovering from my breakdown I recall being inspired to have a stab at short story writing again for the first time in months, as well as diarising recent events. While most of the other patients were zoning out on daytime TV, a doctor doing his rounds discovered me with a pad of lined A4. I was jotting down some outlandish tale about Airdrie football fans en route to Meadowbank Thistle, encountering local punks. It was raw, but the spark was there and the doctor recognised this, encouraging me to keep at it.

I was discharged in time for Hogmanay. Months later, I was back to reading my favourite Scottish writers, James Kelman, Alan Spence, William McIlvanney, the American short story writer Raymond Carver, and scribbling my own attempts. I never considered using my mental heath experiences as a source of inspiration. In the late 1980s, mental illness carried such a potent stigma.

Fast-forward to the mid-2000s. By now I was in a stable job in the Scottish Government, playing in bands again, and married with a young daughter. I could view my manic episodes objectively, even laughing at the more eccentric antics I'd got up to. It dawned on me that the most poignant writing comes from describing events lived through personally so I decided to write about bipolar disorder, describing the horrible lows, the equally disturbing highs. I dug out the rough diary notes I'd made in hospital, spoke to family and friends. These drafts became the earliest version of what started as a novel. I was also playing guitar in a band, Axidents, a reformed version of a punk band I'd followed to every gig in the late 1970s/early 1980s. Inspired by one of the groups we were all into back then, Punishment of Luxury, I adapted the title of one of their B-sides, Brain Bomb, an exhilarating thrash, and named my book BrainBomb.

BrainBomb has been described as a ferocious joyride through the highs and lows of mental illness. It was originally written as a semi-autobiographical novel - there were so many blanks during my depressive episodes I filled these with fantasy sequences, inventing an alter-ego I named Neil Armstrong. This was released on a limited print run in 2009.

​I decided to rewrite the book as a straightforward biography, minus the fantasy, and withdrew the original from publication. I'd obtained my medical records from 1987 to 1990, enabling me to fill in the blanks with the most objective viewpoint available: the medical staff who looked after me. As they assisted me every step of the way towards recovery, they documented my daily routine. Everything. Medication. Mood swings. Manic behaviour - spouting gibberish, phoning an old flame with a marriage proposal, making up sign language, daubing myself with warpaint, doing a Basil Fawlty goose-step through the ward, anticipating a square-go with a guy in the neighbouring ward to determine who'd be top dog amongst the patients, and bolting out of the hospital, escaping into Morningside. 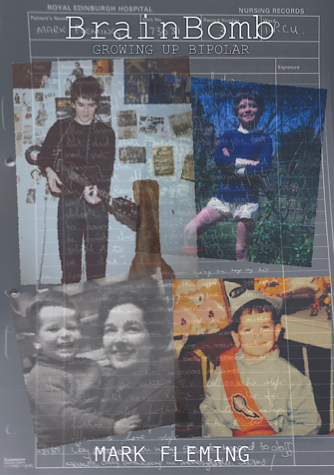 The BrainBomb 'remix' has been completed. The story commences at my lowest point, when I was taken to hospital by ambulance with a police escort, then secured in a closed ward. We flashback to the months leading up to my sectioning where a lifestyle whirling around constant shiftwork, binge-drinking, hash, and promiscuity in Edinburgh night clubs leads to deepening stress, insomnia, agoraphobia and depression. After a complete breakdown, we follow my painstaking journey through the tunnel, back towards the light at the end. As I draw closer to the tunnel's end my passion for music is re-ignited by listening to recordings of the John Peel radio show.

I gradually piece my life together. By 1990 I'm working full-time for the Scottish Government and living in a flat in Dalry. But I'm also back on a slippery slope; paradoxically, an upwards trajectory of drinking and casual sex, becoming ever more delusional, leading into mania. Disturbed by my increasingly outlandish behaviour, my parents take me to see a psychiatrist at the Royal Edinburgh Hospital again. I'm sectioned for the second time.
​BrainBomb is about growing up with bipolar disorder. It's impossible to pinpoint one element that led to my illness, but trauma is often cited as a key factor. Aged 13, I fell victim to a paedophile. A quiet lad, I retreated further into an introverted shell. But I also latched onto more intense fads. After hearing the Sex Pistols at the age of 15, I embraced punk. I cropped my hair, wore ever-outlandish clothes, bought a guitar, began playing in bands, writing anti-establishment lyrics and composing lurid CND fanzines. A childhood Hibernian FC fan, I became obsessive about my family's Ulster roots and got into Northern Irish politics, attending Rangers games for a few seasons - but much preferred the travelling and binge drinking in pubs across Scotland to the actual football. In my 20s, I loved the way the demon drink could transform a shy Jekyll into a boorish Hyde, and this fuelled a lifestyle revolving around the capital's many nightclubs.

My bipolar biography pinballs backwards and forwards, with a lot of flashbacks. Not just focused on mental illness, BrainBomb is a multi-layered offering, a rich banquet rather than a single dish, serving up Edinburgh’s post-punk scene, Madchester, sectarianism in Scottish football, the routine of a Scottish Government drone in the 1990s, Wallace Mercer’s abortive takeover attempt of Hibernian FC, and much, much more.

"It moved like a rocket and it's mashed my heid."
Irvine Welsh, bestselling author of Trainspotting and numerous literary classics.

"BrainBomb is a welcome new addition to the growing library of mental health books. Well-written and intensely personal, it takes you right into the bipolar mind."
Alastair Campbell, ambassador for ‘Time To Change,’ a mental health campaign aimed at reducing stigma and discrimination.