GARRY O'CONNOR:
​FROM FOOTBALL CAREER HIGHS TO DEPRESSION AND BACK 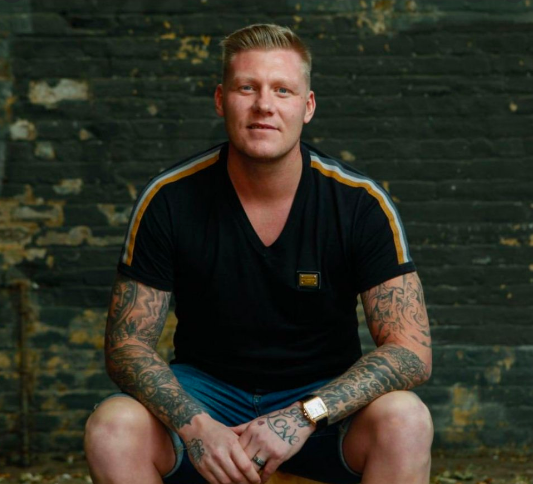 Over the years, injuries, diminishing prospects, money issues and an unhealthy relationship with alcohol and cocaine created a perfect storm.

Port Seton-born footballer Garry O’Connor’s career reached dizzying heights: 16 Scotland caps; the first British player to be signed by a Russian club (Locomotive Moscow, for £1.6 million) but success was relatively short-lived. Over the years, injuries, diminishing prospects, money issues and an unhealthy relationship with alcohol and cocaine, created a perfect storm. A recent BBC Scotland film, Playing the Game: Garry O’Connor, highlighted the off-field antics that blighted the career of someone once considered one of Scottish football’s brightest prospects.

Moving into senior football from Salvesen Boys Club, he signed for his childhood heroes, Hibernian, managed by Alex McLeish, making his debut in April 2001. He went on to make 138 appearances, scoring 46 goals.

The highs are only a few YouTube clicks away. He formed a lethal strike partnership with fellow Hibs Academy graduate and close friend Derek Riordan, sharing the 42 goals that saw Hibs finishing third in the 2004/5 season. There were many crucial strikes, including the second goal in a win that ended Hearts unbeaten run at the start of the following season, chesting down a high ball into the box before driving it home. That one particularly endeared him to the Green Army. 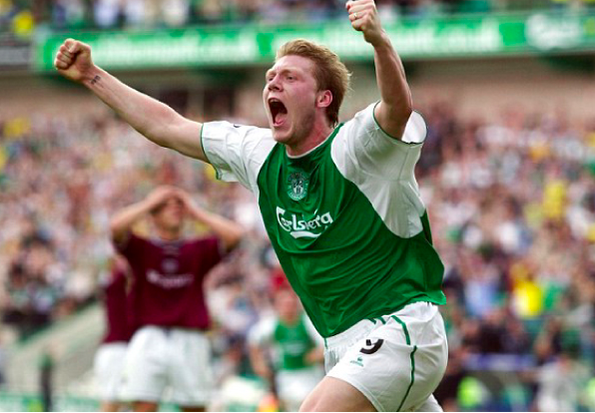 In March 2006 he joined Russian Premier League side Locomotiv Moscow for £1.6 million. His weekly wage, in the region of £160,000, was described by Hibs manager Tony Mowbray as “life-changing for Garry and his family.” A clause in the contract entitled him to 15% of the transfer fee, which he chose to donate to the Hibs training complex.

Arriving in the Russian capital aged 22, he was put up in a luxurious apartment and able to purchase a Ferrari for £120,000 in cash. In the documentary, Garry described finding his feet in Moscow. Team talks were drawn-out affairs, involving several interpreters relaying messages from Serbian coach Slavoljub Muslin to his Russian squad and the Scottish striker. The unfamiliar team management techniques also included envelopes containing thousands of roubles passed around the dressing room prior to derbies against CSKA or Sparta. For all the riches, there were downsides. His wife Lisa never settled, returning to Scotland with their son, Josh, only returning for month-long visits. Separation from family and friends and lack of any social life left Garry feeling increasingly isolated. He felt the first signs of the depression that would continue haunting him.

Although his blend of power and pace had prompted the first of 16 Scotland caps aged 18, his international career came to an ignominious end. In October 2006 he came on as a sub when Scotland defeated World Champions France in a UEFA Euro 2008 qualifier at Hampden. But he failed to show for their next match, against Ukraine in Kiev, offering an apology to manager Walter Smith. During the documentary he refused to elaborate, but there were hints of family issues more troubling than any game of football. 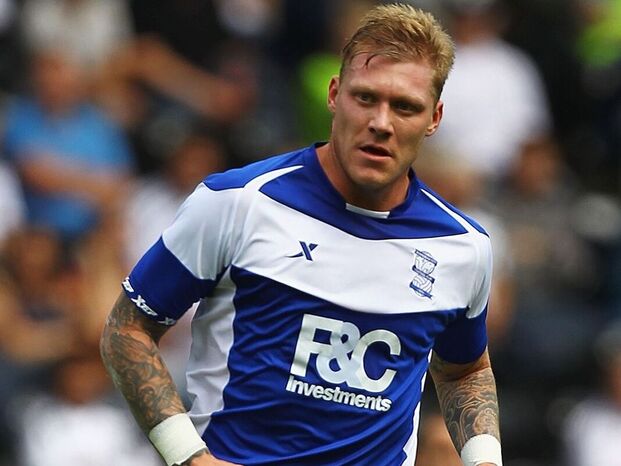 After Locomotiv Moscow, his next move was to Birmingham City, then managed by his first boss, Alex McLeish. The squad got Wednesdays off, which meant he’d look forward to mad Tuesday nights out. Sometimes he’d drive a quad bike to the pub and back, but one occasion he came off it attempting a wheelie, injuring an elbow. Trying to avoid a hefty fine, he disguised the mishap on match day, one arm tucked into the side.

After missing games through illness, McLeish recommended, “write the season off and come back next season all guns blazing.” However, Birmingham were relegated to the Championship, and Garry’s injuries affected his mental as well as physical health. By this point the Tuesday blowouts were extending to other days, and he was also taking cocaine. But the highs were only ever short-lived, the comedowns making the lows even worse.

In 2009 he failed a drugs test at the City training ground. He never divulged this to family out of embarrassment, but confided in McLeish about his off-field struggles, and the club helped. After the FA hearing into the positive test he received a two-month ban, agreeing to do the 12-steps rehab programme. In a bid to regain fitness, he signed to Championship club Barnsley in 2011, making 13 appearances. Later that year, Channel 4 show Dispatches revealed the truth about his earlier ban. His English career was over.

He re-signed to Hibs in 2011/12, the return of the prodigal son getting off to a flyer with 11 goals in his first 10 games. There followed a period of injuries, and although manager Pat Fenlon steered the club from the relegation zone and to the Scottish Cup final against arch-rivals Hearts, their Hampden appearance ended in a humiliating 5-1 drubbing. His contract expired on 1st June; the same day he was arrested for possession of cocaine.

Having rejected a contract extension at Easter Road he returned to Russia, this time to little-known Tom Tomsk. Unlike his glitzy experiences with Locomotiv Moscow, they were a second-tier club located in the middle of Siberia. Not only was he sent off during his first outing, further appearances were restricted as the club were subject to a transfer embargo. He was released from contract after five months, only having donning the club’s emerald green shirt for six games. 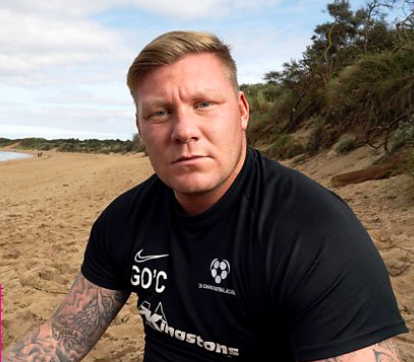 From BBC Scotland documentary, Playing The Game: Garry O'Connor
Hanging up the boots

Returning to his homeland, he signed for Greenock Morton for the second half of the 2013-14 season, only scoring once. The Ton were relegated to League One. His playing career finished at Lowland League club Selkirk.

The previous heights of his professional career made the lows even worse. Tabloid headlines pored over every moment of his downfall. “£165,000 a month to a £65 a week council house.” Depression can strike anyone, but faced with an uncertain future, and with previous history of the illness, the recurrence was inevitable.

“When you look at footballers when they stop playing, that’s when things can go wrong for them cause they don’t have that focus any more.” Ian Murray.

“Footballers do suffer. That discipline, training and everything, getting everything done for you. When it’s away from you, you’re lost. You wake up in the morning and you’ve nowhere to go and you’re lost.” (John ‘Yogi’ Hughes. Hibs captain 1996-2000)

One of the greatest barriers to positive mental health is the continuing stigmatisation, even today, where society as a whole is more sensitive to issues that will affect one in four of us. It doesn’t help when public figures seem to love wallowing in ignorance. In a debate with ex-Aston Villa striker Stan Collymore during Mental Health Awareness Week 2017, Good Morning Britain host Piers Morgan insisted some celebrities wore their mental health issues ‘like a badge’; problems could be solved by ‘manning up.’ Collymore countered, “If I was on the football pitch and had a compound fracture, you wouldn’t say man up.”

Mental health charity Back Onside and a positive future

At his lowest point, Garry felt worthless, even contemplating suicide. But thinking of his three kids pulled him back from the brink. He now receives support from Scottish Mental Health charity Back Onside, founded by Libby Emmerson. This is a network reaching out to anyone affected with mental health issues, under the tagline, “improving the nation’s mental health through education, support and inclusion.” Garry is also reigniting his passion for football by coaching son Josh O’Connor, currently a Hibs youth, who has been a target for Rangers and Chelsea.

“If he works at it, he could be a brilliant coach. He was so good himself at what he did.” (Ian Murray)

As Garry has admitted, “I’m no angel. I’ve made mistakes and I’ll hold my hands up to them.” But the fact he has learned from his mistakes, and had the courage to be open about his mental health struggles, isn’t an issue for the tabloids to sneer at. Garry’s cautionary tale is something aspiring footballers can learn from.

“His story alone can help so many young players, just to see the problems that he went through.” (Libby Emmerson)

During the BBC Scotland film, Garry mentioned his Uncle Mark, who had been like a father figure to him when his parents were working, who would take him to training, but who was killed by a drunk driver when Garry was only 14.

“There’s not a day goes past that I don’t think about him, and I think he would have guided my career a lot better and things would have been a lot different if he was still there. Basically I wanted to try and achieve something for him.”