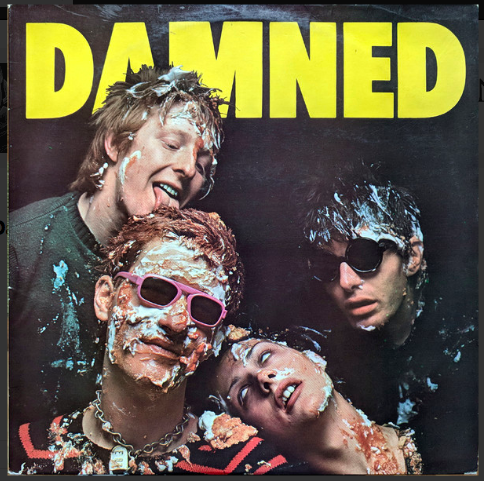 The Damned have gone down in the history of British popular music as the band that released the first ever 'Punk Rock' record. This was 'New Rose,' a slice of 45 rpm anarchy, commencing with Rat Scabies' trademark drum volleying, and concluding with a demolition of The Beatles' Help.

Their brand of Stooges-inspired, amphetamine-driven rock never quite matched the comet-like trajectory of the Sex Pistols (and while The Damned may have won the race to be committed to vinyl, it was the latter who had actually kick-started the London punk scene many months beforehand). Their stage appearances were far more theatrical than the political posturing of The Clash - bassist Captain Sensible wasn't averse to appearing in nurse uniforms, Scabies in Bay City Roller flares, while singer Dave Vanian seemed weirdly influenced by Carry On Screaming. But their debut album, 'Damned Damned Damned,' is a fantastic adrenaline rush that hasn't dated one iota.

Recorded at Pathway Studio on returning from the Pistols' abortive Anarchy Tour with The Clash and Johnny Thunders and the Heartbreakers, the album was produced by respected singer/songwriter Nick Lowe, Stiff's in-house producer (who went on to work with Elvis Costello).

Like their US predecessors, The Ramones, the tracks collide with furious intensity. The one charge the rock establishment consistently leveled at the impudent young punks of 1976/1977 was their inability to play properly, as if rock music as an art form should have been reduced to a contest in technical ability. In any case, Brian James makes a mockery of this: his exhilarating solos sound as if the strings must be white-hot to the touch. For the rhythm section, Sensible pounds out the bass riffs with equally nihilistic fervour while Rat Scabies' assaults his drumkit. Over all this Dave Vanian hooks the listener with the impudence of lyrics like 'Born to Kill,' 'So Messed Up,' or 'Neat Neat Neat,' the frenetic follow-up to 'New Rose.'

The only time the four-piece prise their foot off the accelerator is for the atmospheric, doom-laden, 'Feel the Pain.' But by the album's conclusion, a rollercoaster rendition of The Stooges' 1970 (re-invented as 'Feel Alright'), any semblance of musical discipline deteriorates into chaos and feedback.

'Damned Damned Damned' is not for the faint-hearted. Its three-chord riots are as far removed from the MTV-friendly riffs of today's pop-punk as it was the bouffanted sexist bores who were temporarily wiped off the face of the airwaves by punk in the 70's.

Over 40 years old, it still contains more rock n' roll energy in 31 minutes 32 seconds than many of their peers mustered over their entire careers. The album exemplifies the way the original wave of punk was like a lightning rod for distilling energy into vinyl, temporarily sweeping everything from its path, before a lot of the scene's freshness and innovation descended into a self-parody of endlessly-recycled riffs and studded biker jackets. 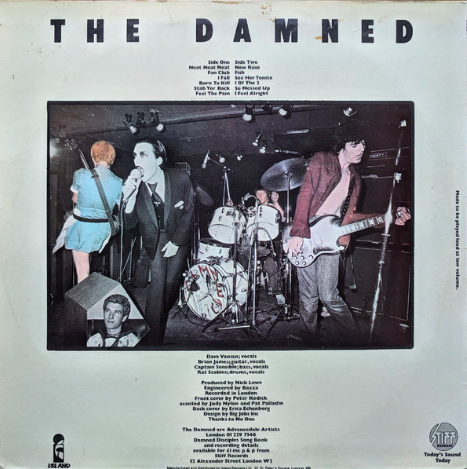