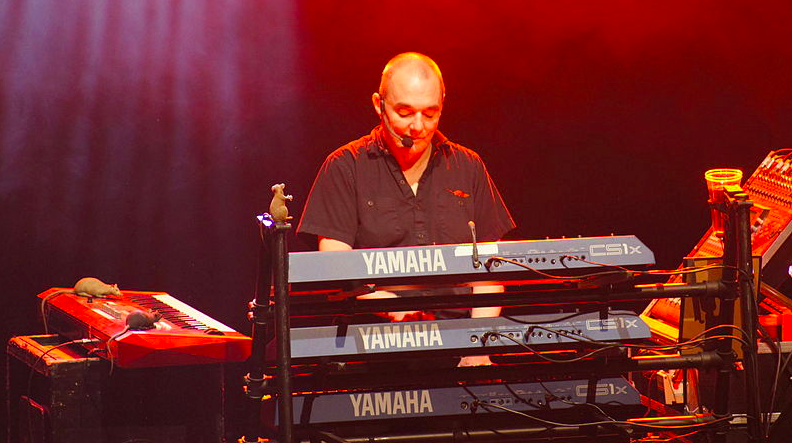 As a longtime fan of The Stranglers (the band I've seen live the most - over a dozen times from 1979 onwards) I was left reeling with the news of the death of keyboard player, Dave Greenfield, on 3 May 2020, from COVID-19. A brilliant musician, his effortless arpeggio style originated in the prog bands he played with in the early 1970s (he cited Rick Wakeman as an influence rather than Ray Manzarek of The Doors, simply because he hadn't heard of the latter.) Half a decade later, spotting an advert in Melody Maker for a keyboard player for The Guildford Stranglers presented the opportunity to leave prog behind and embrace the burgeoning pub rock scene. Over the next year or so the musical landscape was to transform completely.

Joe Strummer had ditched rockabilly-styled pub rockers the 101'ers to front The Clash, his band joining The Damned on The Sex Pistols' Anarchy Tour. As frenetic rock n' roll and a spiky attitude superseded souped-up rhythm n' blues, bands like The Vibrators, 999, and many others also seized the moment, changing mode from pub rock to punk. For Greenfield and his band, now simply The Stranglers, this vibrant new scene was the perfect springboard to fame/notoriety, at a time when these concepts were more intertwined than ever. In a climate where any of the trappings of earlier 1970s rock - such as a keyboard being a lead instrument - were being scorned, they delighted in refusing to conform. Gruff and misanthropic they might have been, generating as many off-the-stage headlines as any of their peers in 1977, one of the signature aspects of their music remained Greenfield's dynamic keyboard playing. Unlikely as this classical-sounding style may have been for a punk band, it propelled The Stranglers for over four decades. 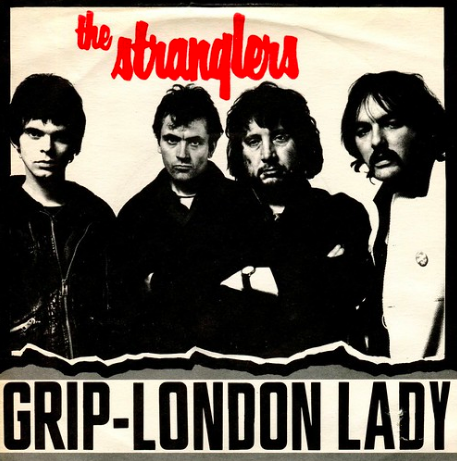 The first time I remember seeing Dave Greenfield on a stage was when The Stranglers played Top of the Pops in May 1977. As with any time a punk band was invited to perform in the studio, the audience looked either bored or bemused, anticipating E.L.O.'s chart-friendly rock or Rod Stewart crooning 'The First Cut is the Deepest.' Then Tony Blackburn nervously announced "a bit of that sort of, er, a bit of rock now."

The Stranglers stormed through 'Go Buddy Go,' the alternative to their double-A side, 'Peaches.' Guitarist Hugh Cornwell and bassist J.J. Burnel had swapped instruments (although Cornwell continued miming power chords). It looked like Cornwell was wearing a waistcoat but on closer inspection it was a shirt with the sleeves ripped off. Burnel stomped on the spot so much his mike wobbled all over the place. But my eyes were drawn to keyboardist Dave Greenfield, menacing in an army surplus boiler suit and Wild West outlaw moustache. Cornwell and Burnel were doing the punk thing, rebelling against the BBC policy of enforced miming by dumbing down any notion of instrumental proficiency. Greenfield didn't follow suit, preferring to mime his exceptional skills. 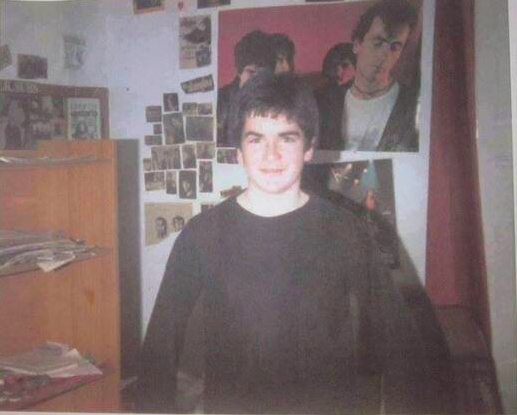 The Stranglers signed to United Artists on December 6 1976, less than a week after the Bill Grundy interview with The Sex Pistols had launched punk rock to nationwide prominence. They were astonishingly prolific, releasing three studio albums, 'Rattus Norvegicus,' 'No More Heroes,' and 'Black and White,' in the space of 13 months. The latter has been described by cultural commentator John Robb of Louder Than War as the 'first post-punk album.'

By this time I had gone from being a spectator, slightly intimidated by the punk bands on Top of the Pops, to an active participant in the Edinburgh punk scene. I'd been buying Stranglers singles and albums for some time, and was overjoyed when my cousin John, who lived in Helensburgh, phoned to say he'd bagged us tickets to watch them headline the first-day at the nearby Loch Lomond Festival.

It was Saturday 26 May 1979, two years' to the day of that Top of the Pops appearance. We attempted to smuggle in a carry-out, but as I was 16 and John 15 we didn't get our bulging carrier bag past the bouncers. It was confiscated and added to their growing stack of booty. Undeterred, we soaked up the festival atmosphere. Support came from Dr Feelgood, The Dickies, The UK Subs and The Skids. By the time The Stranglers came on, it had grown dark, making the atmosphere perfect. I remember Cornwell wearing really baggy black trousers, while Burnel opted for his trademark skin-tight black jeans and doccies. The opened with 'The Raven,' announcing it as the title track of the album coming out later that year. They played a few more songs from the forthcoming album, including 'Duchess,' its melody driven by Greenfield's keyboards, and 'Genetix,' where he sang backing vocals. The remainder of their lengthy set comprised their classic album tracks and singles. They concluded with 'Down in the Sewer,' and if there had been a roof over the crowd, they would have brought it down. There were also fireworks. It remains one of my all-time favourite gigs.

The last time I saw Dave Greenfield on a stage was when The Stranglers played Dunfermline Alhambra. From his waltz-time masterpiece 'Golden Brown,' to his mesmerising extended keyboard solo on 'Walk On By,' he was the consummate professional musician. At one point he performed his trademark piece of showmanship: finishing an elaborate solo one-handed while simultaneously polishing off a drink.

That seemed to summarise Greenfield's sense of himself: a dazzlingly multi-talented musician in a globally-popular band but always with a self-deprecating glint in his eye. He was known as a gentleman off-stage, although he could have his moments. Burnel once described a set-to between the band and assorted members of The Clash and The Sex Pistols, when Greenfield pinned Johnny Rotten against the ice cream van The Stranglers' used to transport their gear. But the most enduring image isn't a moustachioed keyboard player threatening to beat up one of the punk movement's most vocal icons. It's that gentleman behind banks of keyboards, effortlessly conjuring the dynamic melodies that were crucial to the sound of The Stranglers for 45 years, then modestly soaking up the rapturous applause.