My horror short stories have appeared in several bestselling anthologies compiled by Kevin J Kennedy and available on Amazon.
KILLERS 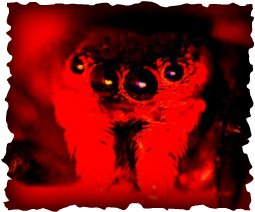 During the crawl through the rush-hour they’d gazed beyond the tinted windows and exhausted conversation topics: food, TV, sex, the football, the people they'd maimed. Or worse.

It was a relief to finally turn into the tranquil cul-de-sac, despite the task ahead of them. Heads craning like royal bodyguards, they exited, tugging their hoods up. Sodium lights bathed the row of garages to their left and the Union Canal to their right but abandoned the building at the end. They knew the lampposts there were being drained of current by concealed cables snaking back inside. Anyone else heading towards the large warehouse would have found it foreboding. But these heavy-set men were well-paid not to.

Fraser looked to the barbed-wire fencing. He’d noted the absence of cameras upon their arrival but was meticulous enough to double-check. Ali stepped up to the door. Fraser gave the street yet another once-over then grunted at the younger man who withdrew a hand-gun, deftly screwing on its silencer.

As Ali aimed the barrel he mused how it appeared as if White had barricaded himself inside to await his fate, like Tony Montana in Scarface. News of his bragging had been filtering from the lap-dancing bars and pool halls for days: how his merchandise was far superior to Kane's thanks to his 'state of the art' hydroponics. But Kane had explained to his henchmen that the UV lights the prick was using would be exactly the same as any other dealer's. Worse than the boasts, however, were the inexcusable rumours that White was recruiting his own personnel, establishing his own customer base. Kane wanted it emphasised to White how foolish he had been to make this unilateral declaration of independence.

After a cursory glare into Fraser’s fierce eyes, Ali squeezed the trigger. Both blinked as splinters spat onto the pavement. Ali shouldered the door. Fraser closed it behind them, then paused. Fumbling inside his overcoat he withdrew a night vision monocular. Noting the bizarre confusion of smells he swept the interior. Ali shoved a gloved hand over his mouth. In the gloom his urgent whisper sounded like a gas leak. ‘What is that fucking reek, Fraser? Smells like he’s already dead’.

‘Quiet’, urged Fraser, less concerned about betraying their presence than attempting to make sense of what was revealed in the lens. The scene was like a war zone. Part of the roof had collapsed, depositing huge slabs of masonry and guttering across the interior. Storage units had buckled beneath the avalanche. Numerous leaks created a cacophony of tattoos against the debris.

‘Can you see a light, Fraser?’

‘Farm must be through there’.

Their progress was painstaking. Although tarpaulin sheets were crudely jammed into several points in the roof, rainwater was still seeping in. There were huge puddles everywhere, often knee-deep. Storage units had spewed their contents over the ground. Paperwork had pulped amongst the inky pools. Much of the flotsam appeared to have been gnawed by rats.

Every so often there were industrial-sized compost bags. Most had ruptured, adding to the fetid soup the men were now negotiating, each step telegraphed by unpleasant squelching.

The illumination was growing all the time, bathing the devastation with a purplish aura. With its proximity came a more pungent stink, and an awareness of a temperature hike. In their woolen hoodies it felt as if they were inching their way towards a furnace.

‘Fucking hell, Fraser', gasped Ali. 'Does this cunt own the biggest tanning salon in the west of Edinburgh, or what?’

Fraser shrugged but ground to a halt, squinting at the bright doorway.

‘Someone lying by the door, Ali’.

Ali felt his heart flutter. Immediately he crouched, doing a 360-degree sweep. Satisfied they were still very much alone, he crept closer, taking in cowboy boots, turned-up jeans. The remainder of the body was hidden by a ruptured compost bag.

‘What was that?’ Ali suddenly announced.

'What was what?’ Fraser spat, irritated at the distraction.

Fraser heard a brief scuttling. Adrenaline kicked in as he strained to listen. But the only sound, aside from labored breaths, was the relentless dripping.

This time it definitely sounded like scores of feet rampaging through puddles. This sounded on both sides, almost as if whatever was making the noise was investigating these intruders, then drawing closer.

Fraser pointed his gun towards the floor. For the first time in longer than he cared to remember he felt a spark of fear. The splashing definitely had a stereo quality, putting him in mind of a pincer movement. In an indulgence to what his ex-wife would have referred to as ‘karma’ he found himself reminded of his distant youth as a soccer hooligan, when this tactic wreaked havoc on rival fans.

The frenetic activity was followed by silence. Fraser swept his gun around the gloom. After waiting a while, their weapons gaining increasing weight, it seemed as if the rats had moved on.

Ali lifted the sack away. A new horror engulfed their senses. The body had been dismembered, the tissue reduced to tattered ribbons showing as glistening shades of grey in the meagre light. Bizarrely, the head was resting in a position approximating to where it would have been had there been a spine to moor it. Except it was now face down.

'Christ, Fraser. Looks like the rats have been having an all you can gnaw buffet'.

Stepping away from the shattered body, Fraser splashed onwards. Ali hurried behind, casting furtive looks in every direction. They came across huge plastic sheets stapled to a low ceiling. This had been partially gnawed; Ali entertained and then swiftly abandoned an image of hundreds of sharp incisors. Both men shoved through the flap of sheeting serving as an entrance to an inner chamber. Immediately they were immersed in tropical conditions. Struggling to catch their breaths, they gazed all around. As far as they could see there were bizarrely towering marihuana plants, their reek hanging in the air.

‘The fucking size of these bastards, Fraser’, mused Ali. ‘White was always on about some radiation treatment he was using to cultivate his weed. Wait till we tell the boss. He's growing fucking mutants!’

‘Tempted to use the same treatment on your dick?'

Overhead hundreds of spotlights formed a miniature galaxy, each one a surrogate sun for around half a dozen plants. Further inside the farm cooler air wafted from softly whirring ventilation fans.

Fraser threaded his way amongst the carefully cultivated rows until he could see another plastic partition. ‘Ali. White’s office must be that way’.

Shoving their way towards the exit, Ali stopped in his tracks.

‘What? What are you talking about?’

Fraser shoved him out of the way. Obstacles were blocking the exit. It took his mind a fragment of time to process the information.

Ali peered down, his mouth drying. 'Christ. What the fuck?'

Fraser grasped his partner's sleeve, hauling him back through the farm. Imprinted in his mind were what had looked like mummies, wrapped in gauze. Inside one of these nightmarish cocoons the petrified features had been just the right side of decomposition to discern Johnny White.

They blundered through the farm, rushing past the gargantuan plants, eyes watering from the all-enveloping pungency.

‘Where the fuck is the other entrance, Ali?’ Fraser gasped. ‘We’re going round in fucking circles here!’

‘Fraser, I’ve been following you!’

‘Listen, Fraser. Those fucking rats again. They’re in here. They’re inside the farm!’

Fraser froze, reflexes on overdrive. The sound was unmistakeable. And they appeared to be large rats, although no matter how keenly he glowered into the undergrowth he couldn’t catch sight of any. Or did one leaf pattern alter suddenly? Fraser was sure one was crawling up a plant to their left. His trigger finger tensed. Ali followed the direction his colleague was staring.

Raising his own weapon he unscrewed the silencer. He shrieked 'Let's party' at the top of his lungs, then squeezed the trigger. The M16's bullets sent green fragments splintering in all directions. His eyes darted through the acrid smoke, anticipating writhing furry bodies. Breathing savagely, he glanced at Fraser. Fraser was rooted to the spot.

‘Fraser! Can you see any of these bastards?'

Fraser was still haunted by the vision at the exit. The most chilling aspect was what his mind’s eye had registered last of all: each cocoon had possessed huge punctures, too large and symmetrical for bullet wounds. They had been more like bite marks.

Fraser just stared. As Ali had fired blindly into the plants, the flashes had illuminated the dense foliage. There were eyes surrounding them: huge, lividly red, gleaming. He now understood that what he had earlier assumed to be tarpaulin hanging from the warehouse ceiling was not. Those structures were immense webs.

Ali fired until his squeezing, bleeding fingers merely caused the overheating weapon to click. He continued aiming the gun as a loathsome-looking spider crept inexorably towards him, its fangs curling like black tusks, its monstrous pedipalps oozing with stinking fluid. Scores were materializing amongst the plants on all sides.

Fraser emptied three rounds into the closest arachnid. Its head mushed and its body swiveled, legs flailing. It was immediately pounced upon by those nearest, their massive jaws sinking into its shattered abdomen, sucking voraciously at its warm fluids.

Next he touched the barrel to the back of Ali’s skull.