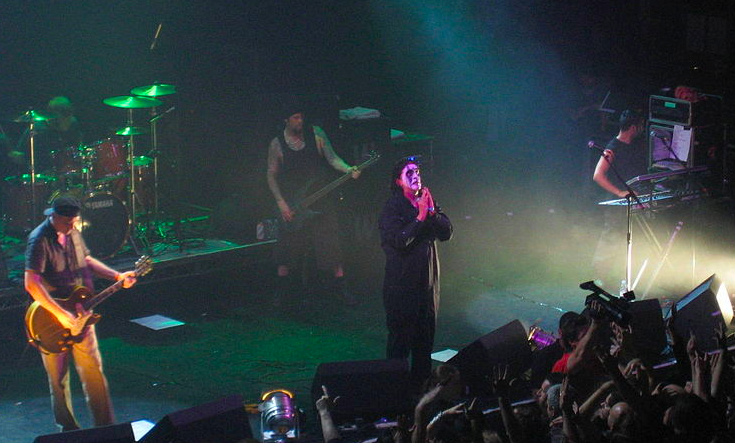 killing joke burst onto the scene in 1978, their dark and menacing sound springboarding from punk into the 21st century 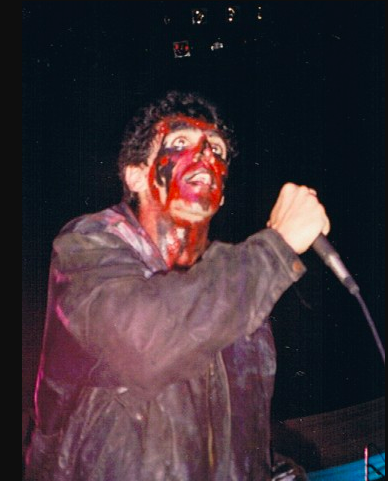 When Killing Joke burst onto the post-punk scene in 1978 they were dark and menacing, with an infectious sound incorporating Youth’s prominent basslines, Geordie Walker's trademark ‘wall of noise’ guitar, Jaz Coleman’s deranged vocals, and Paul Ferguson’s thunderous tribal drumming. Ferguson described the band as “the sound of the earth vomiting. I’m never quite sure whether to be offended by the question ‘are we punk’ or not, because I loved punk music, but we weren’t.”

He went on to cite influences like Black Sabbath, Led Zeppelin and even Yes or King Crimson - bands that had been blacklisted under punk’s ‘Year Zero’ terms. You just weren’t supposed to like punk and Yes, let alone proclaim them as influences, but this demonstrated Killing Joke’s refusal to be pigeon-holed. Their spiked hair and creepers were certainly more punk than prog, but their songs were ambitious masterpieces, distilling a myriad range of styles as they reacted to the 1980s Cold War chill. If sometimes thin on melody, they bristled with barbed attitude and imagery.

It's no wonder they were namechecked by so many alternative music exponents in the remainder of the century – Nirvana, Faith No More, Jane’s Addiction, Metallica, Soundgarden, Nine Inch Nails, My Bloody Valentine and LCD Sound System, to name a few. One of their roadies, Alex Paterson, went on to form ambient house act The Orb. 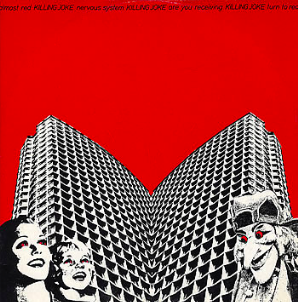 They were also massively influential on my own first band, 4 Minute Warning (the name taken from a lyric from their debut EP 'Turn to Red.') Not long after we’d formed we went to see them play at Edinburgh University in October 1980 and were blown away. Against all those jangly guitars that sprouted in punk’s wake, their uncompromising soundscape stood out like an apocalyptic sore thumb. Killing Joke were the band we wanted to emulate, not Josef K. John Peel was another enthusiastic supporter, having booked them for a session the previous October. He’d been so impressed by 'Turn to Red' he’d assumed it was a much more well-known act using a pseudonym.

Fast-forward 28 years and myself and the original 4 Minute Warning bassist Ross caught them at the ABC in Glasgow, 2 October 2008. I was initially in two minds about going to see them at all, in case it tarnished the memories of how important they’d been to my musical legancy. Punk and nostalgia are two words that should never appear in the same sentence.  I recall a 1997 TV documentary on the 20th anniversary of the year punk truly exploded – 1977 – and it was unnerving seeing all the exuberant upstarts from my own youth transformed into paunchy, balding middle-aged grown-ups, with adult concerns like family and mortgages! I resisted the more recent Sex Pistols gigs because, at their peak, they were incendiary – an irresistible meld of Steve Jones majestic riffs and Johnny Rotten’s camp vitriol.  If releasing ‘God Save the Queen’ at the height of the Silver Jubilee was a slick marketing ploy by Malcom McLaren, it didn’t detract from the band’s sheer audacity and self-belief.  I caught Lydon on BBC’s ‘The One Show’ recently, and even although he was charming, articulate and caustic all at once, you could see the presenters squirming in case he reverted to the onetime tabloid pariah.  Such is the longevity of a punk rock revolution that was supposed to be instantaneous.

Total self-belief was also one of Killing Joke’s core attributes, and at the ABC they focused on their brilliant back catalogue, their set slanted towards crowd-pleasing favourites from albums one and two, rather than material that might have been more satisfying to any hardcore fans anticipating the industrial metal of 1990s ‘Extremities, Dirt & Various Repressed Emotions.’ They played 12 numbers – Requiem, Change, Follow the Leaders, The Wait, Wardance, Tension, Turn to Red, Are You Receiving?, Love Like Blood, Madness, Eighties and The Pandys are Coming. Each one is a post-punk classic.

Youth may have reached a point where his nickname should be Middle-Age but the spirit driving the band remains fierce and enigmatic.  Most nobly, they cited their main inspiration for reforming the original line-up as fury at the way the civilised world is once again using extreme violence to solve political crises, with the invasions of Afghanistan and Iraq.  When they formed as teenagers it was, respectively, the Soviets and Iranians setting about their neighbours – beyond the nationalities pulling the triggers nothing changes.
Powered by